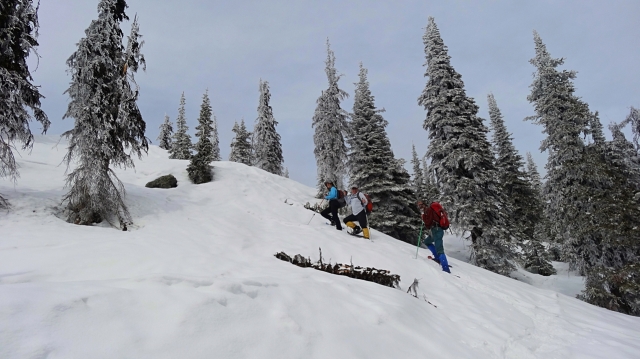 Evening Peak didn’t quite go as planned. So what else is new?

The point being that we got there – even if, as I said, it wasn’t exactly the way we’d imagined getting there.

Ben, Frank, Cecilia and I set off across from the Glory chair lift. That part was exactly as planned. Then I took a wee bit of a turn to the left when I should have gone to the right. Still, I was following a track sooooo I kept veering left until I came to the conclusion that perhaps we should go right.

By that time we were well on our way and had crossed enough gullies that we figured we’d be best off to go straight up and a touch right.

So that’s what we did. For three hours. Needless to say we were breaking trail the entire way through wet, heavy spring snow. We were also finding a fair number of tree wells. Yep – the fun never stopped.

The going got very steep. Still, we were pretty sure we were going straight up Evening Peak, even though Ben pointed out that if we ended up where he was afraid we would (Ecstasy) he would be very, very pouty. Mind you, pouty wasn’t his exact word.

The good news was that when we finally crested the top, there we were on Evening Peak! Hurrah!

The bad news was that from the top we could see another peak and two other ridges that we have not yet explored. And you know what that means – another trip back in the very near future. It also means more trail breaking. (sigh)

That said, the way down was nice and fast. BUT – the snow was slippery and wet and I believe it was Frank who said something about if he fell one more time he would (censored).

Sadly, I did not get my camera out quickly enough to get a good shot of his epic face plant. And no one else had a camera so we didn’t get a shot of the almost tandem bum slide Cecilia and I did that was also pretty impressive.

I did however, capture Cecilia in a deep hole of some sort with Frank doing his best to dig her out. 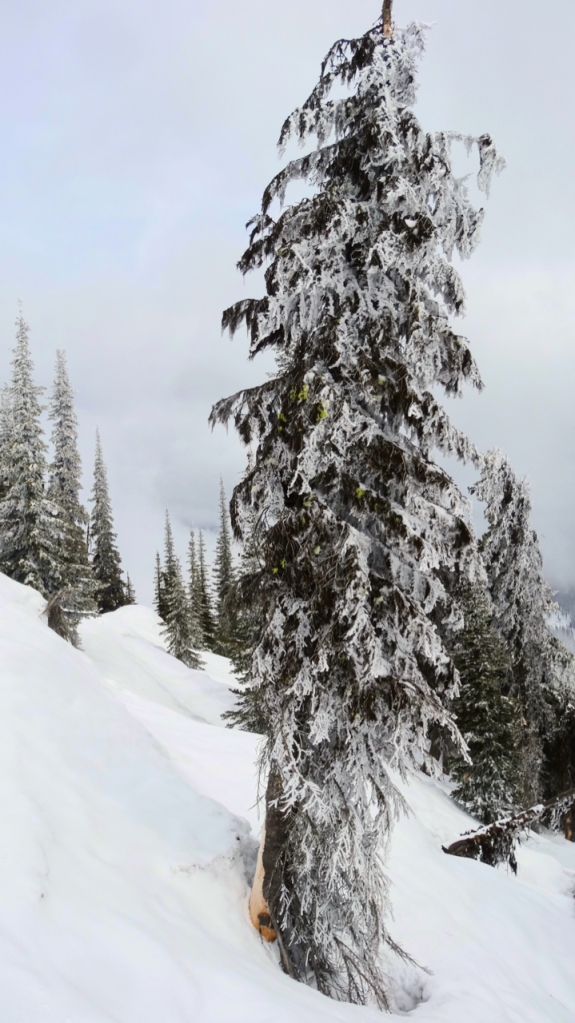 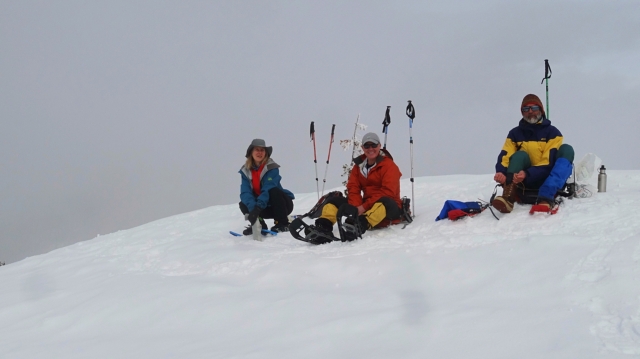 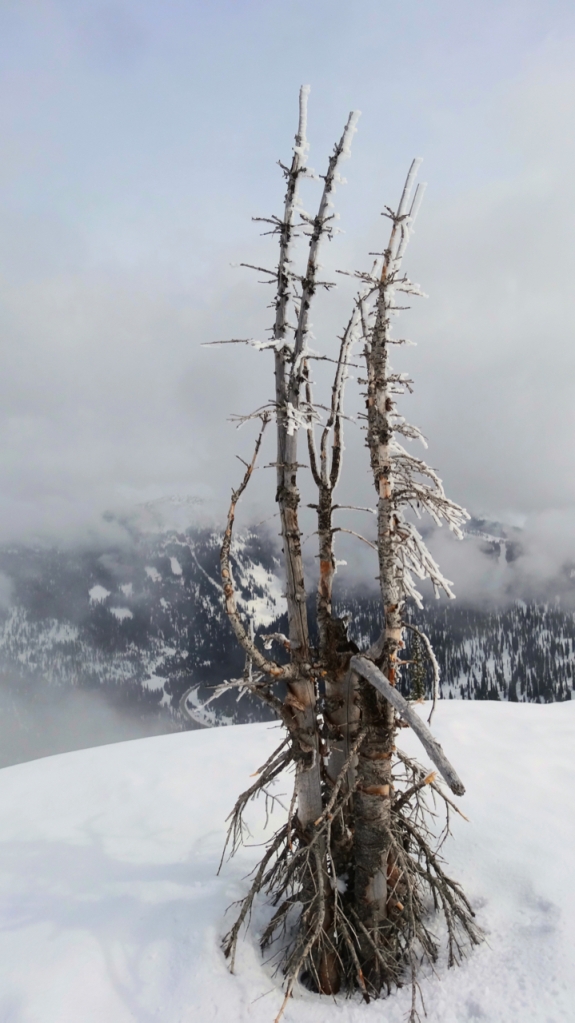 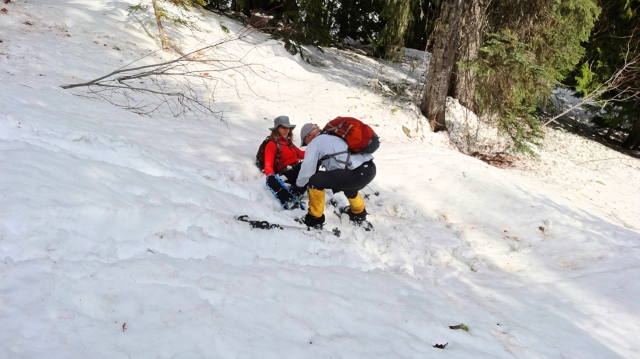