Yes – sunshine after the snow. It’s good that we have Walter’s 60ish acres across the street and then all that crown land behind it. I snowshoed for 2.5 hours this morning – slow because breaking trail was interesting: gorgeous fluffy snow but so very deep. It’s not the kind of surface your snowshoes can rest on. You sink – pretty darn deep.

But who cares – I had sun and took lots of photos.

Tomorrow Ben and I – and hopefully, the sistahs, are heading to Mount Lepsoe. There was no chance of joining the KMC trip today – but that’s good. They will make a track for us. Ha!

However, we will blaze a new track on the way down the steep north side. Extreme snowshoeing at its best.

I reallllly don’t like dirt and disorder. Think that I’ll tackle the dishes even though I was going to hold off – just can’t let it go….

Poor Simon was awake most of the night. I tossed and turned pretty energetically too.

So it’s an afternoon of rest., 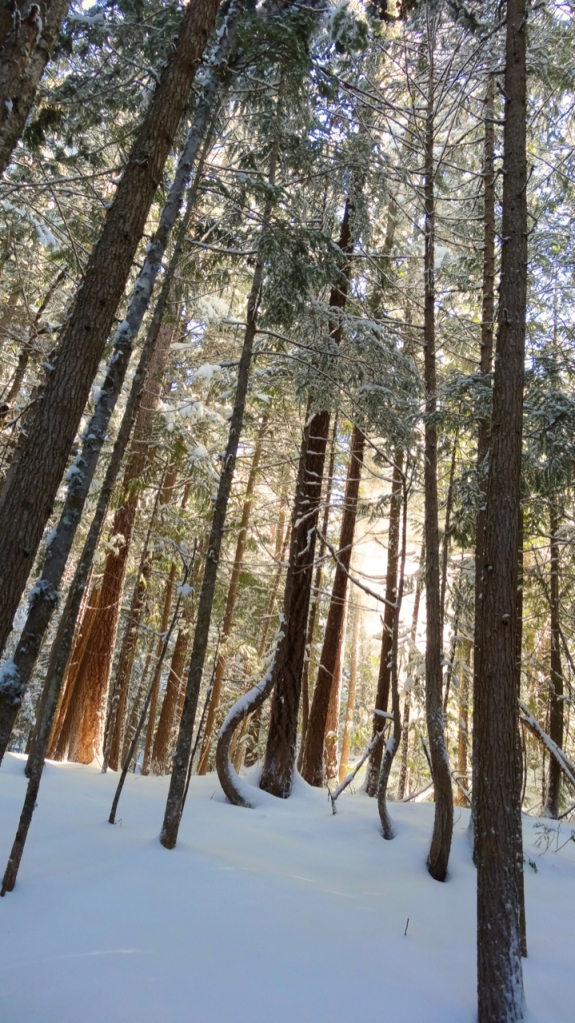