It was the first snowshoe of the season. And a solo one at that. I was up on Crowe (and heading up to) for about 4.5 hours – perhaps a bit less – and didn’t meet one single person all day. In fact, I only saw other tracks for about half that time.

Oh – I was also the only car parked at Strawberry Pass all day. Amazing.

It was relatively warm – just at freezing at the pass. I started off carrying snowshoes but after 10 minutes put them on, not so much to handle snow depth but for traction. It was that dry slippery kind of snow that is no good for crampons and snowshoes gave me the grip I needed. However, I also had to do a fair bit of sidestepping of exposed rock and roots for the first bit until I got into more open and higher terrain. That’s also where I had to make my own tracks – slow going and, obviously, more tiring than following an established trail.

I did follow a lone snowshoe trail for the first bit and was happy with where it was going. But then, when that track started heading toward Neptune, it was time to turn and go up the ridge to Crowe – darn steep near the end!

I decided to call it a good workout.

Just at the top, it started snowing – the odd flake at first and then a fairly steady fall. I snapped my pics and then headed down – so much fun and so fast. However, I did keep in mind that mine were the only tracks to date so I switchbacked down more than I needed to, keeping in mind the people who might be coming up. And they might never find my trail because I bypassed the cabin and just headed down – took my snowshoes off when I hit lots and lots of deadfall – only did one faceplant and two “almosts” – I figure that was pretty good.

Also – proud of myself for driving home in snow until just before Castlegar. I was pretty much strss-free too. Having these really great studded winter tires help psychologically.

More snowshoeing to come in the very near future. 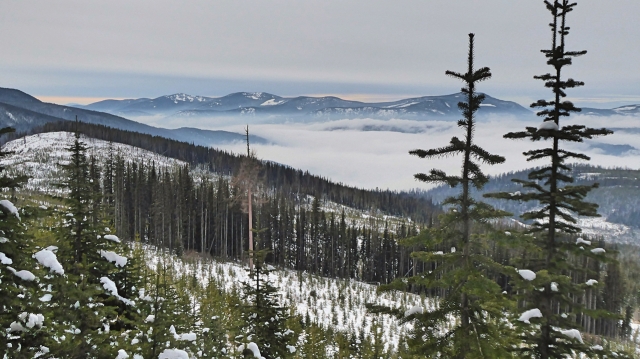 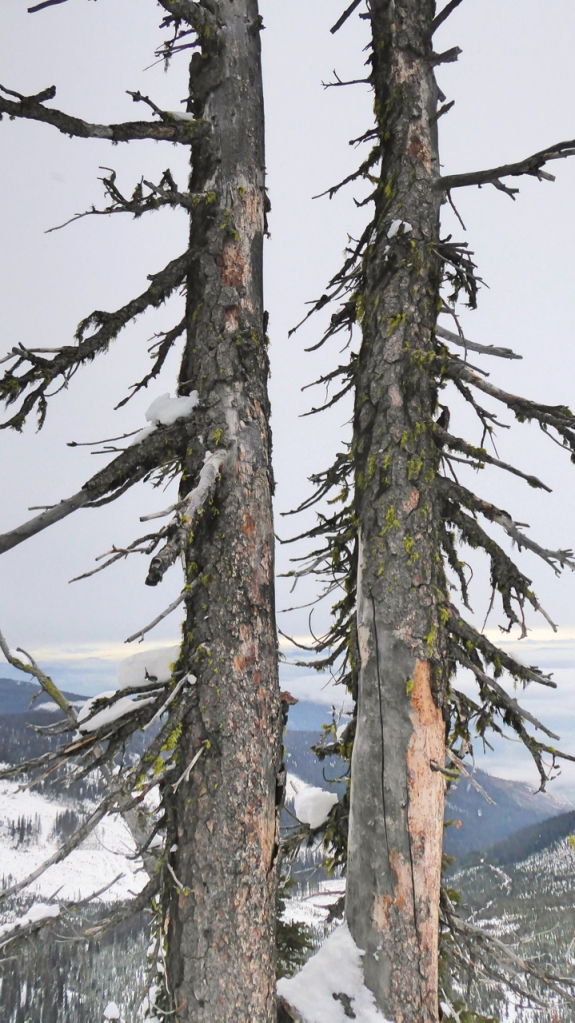