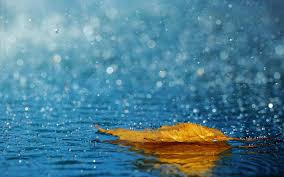 Rain – yes – that’s fine with me. I was quite happy to walk with Abby this afternoon in the drizzle. Rain means spring is coming. Rain means green will happen. And I’m all for the colour green.

Today, the ventilation guy finished his job – now we just have to repair the damage incurred: dry walling, painting, all that sort of thing. But it’s one more thing signed off on.

I completed another short story. I’m not sure if I like it or not. I’d say it’s not one of my strongest and, if pressed, I will blame the ventilation guy and the use of power tools. It’s always good to know who to blame.

I’ve also been spending some time online having a conversation (to put it politely) with a guy about politics. You see, there’s a reason they say you shouldn’t discuss religion or politics – at least, not if you want to maintain peace of mind. But I did and I think I’ve learned something.

My position about politics is that we must do the best we can to involve the greatest number of people in governing a country, province, town – anywhere where governance takes place. If we fail to do so, we lose our democracy.

We also lose our democracy if money enters politics. This is apparent in the United States where the Supreme Court ruled on Citizens United and allowed unlimited amounts of money to pour into campaigns. Politicians are now essentially bought and paid for.

Lobbying destroys democracy. The only example needed is the NRA in the USA – but of course there are hundreds of groups including big Pharma.

I could go on about the destruction of democracy in the US, which is now essentially an Oligarchy – gerrymandering, voter suppression and voter intimidation are just three examples.

I am a big believer in civil politics. Ideally, I would like to see us debate and discuss party platforms and policies rather than personalities – rather than slinging mud. But it seems that US style politics have entered Canada on the heels of money supplied by people like the Koch brothers. When I start seeing memes that compare Justin Trudeau to an Islamic terrorist, I know we’re in trouble. Conservatives have moved so far to the right, it’s really quite frightening.

I am proud to be a Social Democrat. Justin Trudeau has disappointed me – and most politicians do eventually. They make great promises (electoral reform) and then – poof! Gone.

At any rate. Here’s what I stand for – greater equality and opportunity for all. Shelter and dignity for the homeless. That any human being should be living on the streets in this country is beyond comprehension. I think education should be free – period. Student debt is a wonderful way to enslave people – instead of doing what they love after graduation, they are forced to do whatever will give them a paycheque. Capitalism thrives on debt – convince people to buy and buy and buy – and take on more and more debt – and while wages stagnate and CEOs makes thousands of dollars a day, workers are chained to their debt.

Basically, our system is broken and needs to be re-thought from the ground up. Until we do that, I’ll side with the Bernie Sanders’ of the world and the younger generations. I want the environment to be given its proper place: number one of all priorities. If we don’t have a healthy environment with clean air and water, we have nothing. You can’t eat or breath money. I want all people to matter. I want religions and other ideologies out of politics – not even on the fringes. I want governance to be based on science, facts and a heart that cares about its fellow man. I want peace.

And those are some of my thoughts for today.